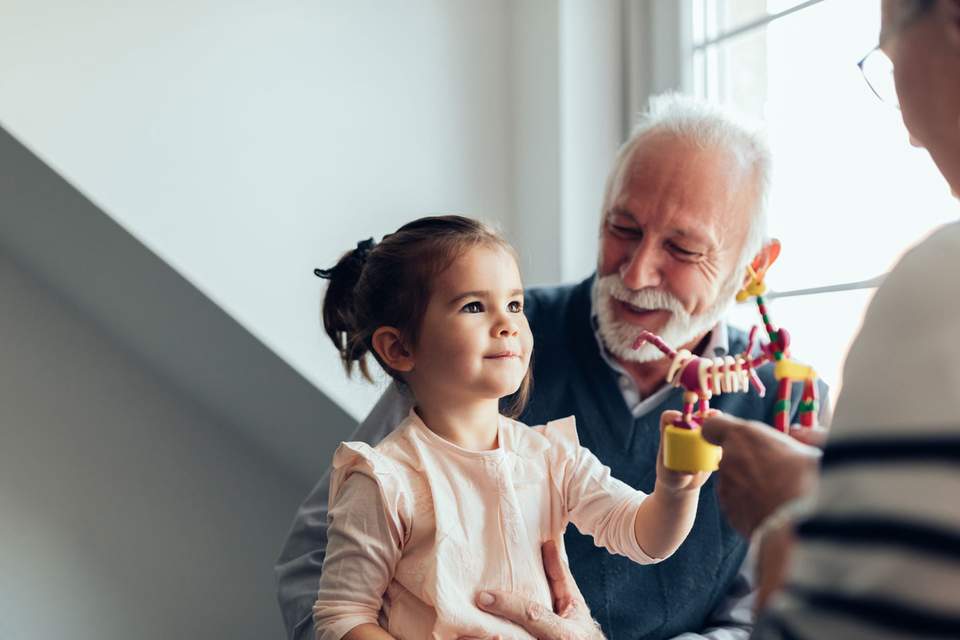 A new study says grandparents love caring for their grandchildren and would spend more time with them, but face barriers such as family relationship breakdowns, distance, work commitments and personal health.

The study by the Australian Institute of Family Studies surveyed 2,300 grandparents about their views on what is often a contentious subject of family childcare, and commentary that parents are ‘dumping’ their kids on their parents who would otherwise travel and enjoy retirement.

The study did not find that, and indeed found something else – that the overwhelming number of grandparents did not find regular care burdensome but as an important way to build relations with their grandkids, and they did so out of love not duty.

The study found six in 10 grandparents provide at least some childcare if they have a grandchild under the age of 10.

Just over one in four grandparents with a grandchild under 13 help out at least once a week, with around 60 per cent caring on a more casual basis.

One in five grandparents provide 20 or more hours of childcare per week.

The most common are to support their children to continue to work or study, reduce the expense of formal childcare and to give the parents a break.

The key reason being it deepened family connections.

There was strong disagreement that grandparents were resentful about being asked or expected to do it.

“There was just this overwhelming positivity coming through in the survey about the time these grandparents spend with their grandchildren,” AIFS researcher and report author Jennifer Baxter told The Australian.

Grandparents were clear-eyed about the challenges. Do you share the positivity of these grandparents?

"I enjoy it very much and they are always pleased to have me care for them. It's a wonderful time watching them grow up and learn things."

"Although tiring, caring for our grandchildren is the most joyful and meaningful activity we have, the time we didn't have as parents, we now have to care for and enjoy our grandchildren. We are also aware this is a window of opportunity of about five years in each child's lives before they branch out into the wider world."

Others highlighted challenges or barriers to providing childcare. This included reference to grandparents' age, impacts of health, caring or work responsibilities, or difficulties managing more intensive care needs. For example:

"I wish we could provide more childcare but due to husband's disability we are unable to. Grandchildren have no other family supports at all."

"I would love to see her more frequently, but when not in lockdown I am working at every possible moment in casual jobs to pay my bills."

The report said some grandparents commented that they spoke up when requests for childcare were too demanding or too disruptive and indicated this helped minimise negative impacts.