Distribution of the Older Indigenous Population 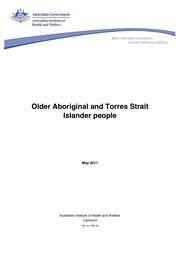