Time to End Ageism and Discrimination

More than 20 high-profile organisations and individuals have formed a powerful coalition to help fight ageism and age discrimination in Australia.

The EveryAGE Counts campaign was launched in Sydney today by Robert Tickner AO (former federal Minister and Red Cross CEO) and Dr Kay Patterson AO (Commonwealth Age Discrimination Commissioner). It featured the launch of a video voiced by Australian actor Bryan Brown, a quiz ‘Are you ageist?’ and the signing of a pledge to end ageism and discrimination.

Addressing an audience of more than 100 people, including those with lived experience of ageism, campaign co-chair Robert Tickner said that what marks out age from other forms of prejudice and discrimination is that, if we are lucky, all of us can experience old age. 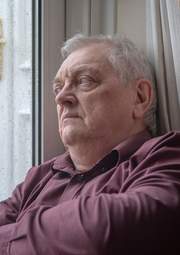