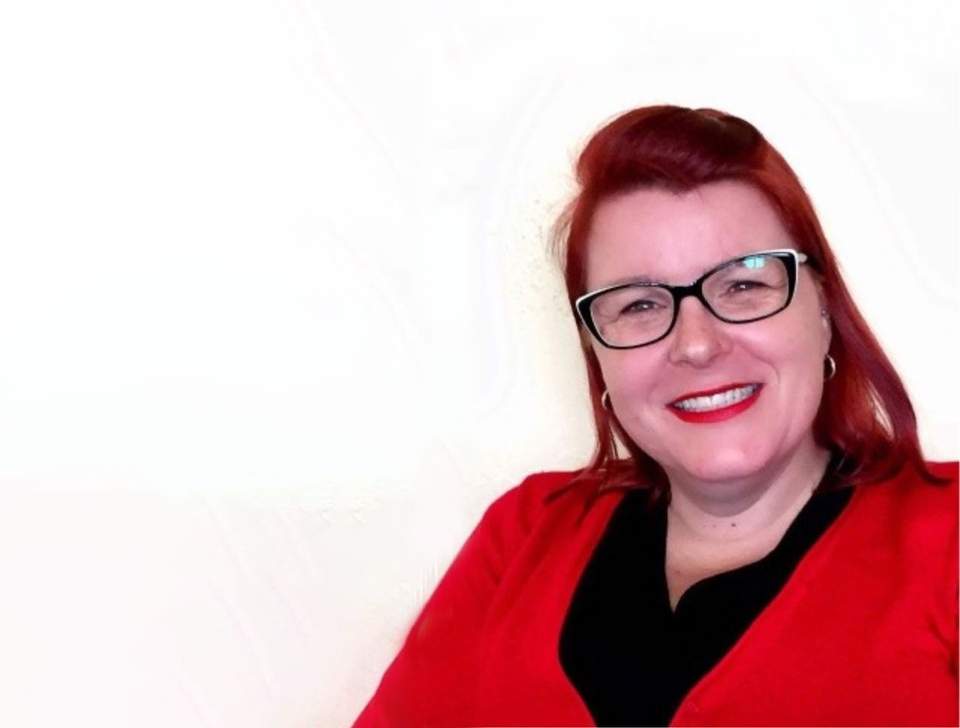 Around 40 per cent of people living in Australian aged care facilities experience emotional or physical abuse and/or neglect.[1] (Note that other forms of abuse such as financial abuse, social abuse and sexual abuse are not included in this statistic, which means the overall rate of abuse is higher than 40 per cent.) However, there is very little reporting on elder abuse specifically related to the abuse of sexuality diverse or gender diverse people, also known by the acronym LGBTQ, or lesbian, gay, bisexual, transgender and queer.

This lack of reporting does not mean a lack of LGBTQ–identity related abuse. It is, however, a symptom of the poor understanding, monitoring and reporting of abuse specific to the LGBTQ communities, when compared to other forms of abuse experienced by all communities of elders. It is estimated that 11 per cent of the population identifies as LGBTI[2]but it is currently hard to measure this data for the older population, due to a lack of systematic reporting of sexuality or gender within aged care, and the fact that no national elder abuse prevalence rates are produced.[3]

Mainstream elder abuse is better understood by the aged care sector in the forms of financial, emotional and physical abuse and neglect. LGBTQ people can also be subject to these forms of abuse, but uniquely LGBTQ community elders can also be exposed to abuse related to their sexuality or gender. This form of abuse can include pressure to ‘return to the closet’ to access services, and ostracisation by staff, other care recipients and biological family because of sexuality or gender, as well as having their identities made invisible, or hard to disclose, due to the systems and processes utilised across the aged care sector.

Australia is currently part way through a Royal Commission into Aged Care Quality and Safety. The Commission has heard detailed submissions and community testimony about all forms of elder abuse, yet in the Interim Report released in October 2019,[4] the only references to the LGBTQ community were with reference to service information on the My Aged Care site and a passing comment about staff training. The Royal Commission’s Research Paper 17, which is specifically about elder abuse,[5] does not mention LGBTQ–identity related abuse at all. This is despite a roundtable that was specifically coordinated to discuss LGBTQ-related concerns as part of the hearings.

Many systems are set up for the mainstream majority. This means that those who are on the margins are often not included in the concept, design or execution of these systems. This is true of the aged care sector, although the Australian Government has made specific changes to aged care to better support minority communities, initially through the LGBTI Ageing and Aged Care Strategy 2012–2017, and more recently through the Aged Care Diversity Framework 2017.[6]

The Australia Government’s Department of Health has produced a guide called Actions to Support Older Lesbian, Gay, Bisexual, Trans and Gender Diverse and Intersex Elders: A guide for aged care providers.[7] The guide gives practical ideas for overcoming the invisibility of, and systematic discrimination against, the LGBTQ communities. It includes specific information on helping LGBTQ consumers make informed choices, supporting LGBTQ service-users in accessing appropriate care, engaging and consulting with LGBTQ communities, staff training, increasing aged care workforce diversity, and more. Despite this, some aged care providers are still not meeting the Foundational Actions as defined by the guide, nor are they being measured on their adherence to this guide.

What this means is that the aged care sector:

But how can this be changed? How do you remove those automatic societal assumptions that older couples will always be made up of a man and a woman? Or that the biological family who pays the bills can dictate to staff how their parent will be addressed and behave? Or that staff and biological family can ignore LGBTQ relationships, since the partners were never married, when making end-of-life or palliative care decisions? How do you overcome outdated prejudicial behaviours towards people living with HIV? Or encourage an aged care organisation to support a same-sex couple in sharing accommodation, when heterosexual couples are supported without concerns?

It starts with visibility. LGBTQ people need to be visible in the imagery, words and marketing used by aged care providers. They need to see visible signs of support in common spaces (for example, rainbow or trans flags) and representation in the forms, client databases and quality systems, and in reports. All elders can feel invisible in a youth-centric society, and this is one reason why there are such high levels of elder abuse. But you can’t always ‘see’ when someone identifies as LGBTQ – it is an invisible diversity. LGBTQ people can remain ‘stealth’ or ‘in the closet’ in order to assimilate. Thus, LGBTQ people can also be invisible even among their elder peers, unless they choose to disclose. Disclosure of sexuality or gender diversity is a risk which may result in rejection, discrimination or outright abuse, so it is often not a feasible option for elders.

Like other populations who experience specific types of discrimination (for example, racism), discrimination against LGBTQ communities can be both overt and covert. Overtly expressed, it can be in the form of slurs, phobic ‘jokes’, hate speech and the refusal of services due to gender or sexuality. In 2020 it was found that 10 per cent of LGBTIQ people had been refused service because of their gender or sexuality in the last 12 months.[8]

Discrimination and abuse can also be more subtle – through exerting pressure to conform to the heteronormative binary, through social exclusion, or a lack of willingness to affirm the older person’s LGBTQ identity. In Private Lives 2, 34 per cent of respondents hid their sexuality or gender when accessing services, due to fear of discrimination.[9]

Discrimination and abuse can also be exacerbated by social isolation – which is already problematically high among older Australians – when LGBTQ people can’t remain connected to their LGBTQ social group or family of choice. Many may already be alienated from their biological family after coming out and finding that their families were not accepting of their identity, so loss of their LGBTQ family can leave them without care or supporters. Alternatively, LGBTQ people may withdraw from mainstream social groups out of the fear (or reality) of not being accepted. This fear is compounded by elders having experienced many years of having their identity labelled as a mental illness, their identity being illegal, or, at best, their identity having been deemed taboo by the mainstream community. As wise elders, they may draw upon their years of experience of the dangers of coming out and perhaps choose isolation and loneliness over the risk of further abuse.

The dangers of ‘treating everyone the same’

Some organisations feel they ‘treat everyone the same’ – presumably meaning that they treat everyone equally. While this sounds ideal, it means that they use the cookie-cutter approach and anyone who doesn’t fit the right ‘shape’ is either forced to fit in (and hide their sexuality or gender identity), or they can be excluded completely (as is the protected right of religious-based organisations – who also run many of the aged care services).

‘Treating everyone the same’ also assumes everyone has had the same experiences and trauma, and has the same needs and wants from a care organisation. As we know, humans are all individuals, so a person-centred and trauma-informed approach is what is required. This also aligns with the Aged Care Quality Standards of Consumer Dignity and Choice: ‘the organisation demonstrates the following: each consumer is treated with dignity and respect, with their identity, culture and diversity valued.’[10]

Without acknowledging and catering for the different needs of diverse communities, organisations are putting up structural barriers to accessing aged care. LGBTQ people have a history of care-avoidance behaviour. They are also likely to avoid aged care until the need is more acute and their health has deteriorated. As Saxby, de New and Petrie have stated, ‘Sexual minorities that experience actual or perceived discrimination, within society and the healthcare system, may delay or avoid seeking healthcare.’ This is often due to ‘minority stress’, which, for the ‘LGB community, [is] theorised to operate through distal stressors, such as victimisation, rejection and harassment, as well as proximal stressors, such as sexual identity concealment, perceived stigma and internalisation of homophobic social attitudes’.[11] Thus, even before LGBTQ consumers approach aged care organisations, they may be experiencing minority stress and seeing services as potentially non-inclusive or unsafe and actively avoiding entering aged care, with some going so far as to say ‘I will euthanise myself before I go into aged care.’[12]

The solution – be visible, vocal and authentic!

The solution isn’t as simple as displaying a rainbow flag, or a quick training session for staff. It requires a systematic review of policy and processes throughout the service-user’s lifecycle, from advertising through to intake forms, staff training and continuous quality improvement. It requires organisational dedication to make a difference, and to overcome those structural barriers, societal fears and LGBTQ community expectations that they won’t be accepted or celebrated within an organisation – however erroneous these expectations may be. It also requires credibility gained through inclusion in a national LGBTQ-inclusive framework such as Rainbow Health Victoria’s Rainbow Tick Accreditation Process, or ACON’s Health + Wellbeing Equality Index.

Being visible, vocal and authentic about inclusion will allow older LGBTQ people to add an organisation to the list of possibly inclusive options. To gain trust and acceptance from the LGBTQ community, the organisation’s actions will then have to continue to be inclusive and ensure that LGBTQ-related elder abuse does not occur. Trust comes with sustained evidence that an organisation is inclusive and will act on LGBTQ–identity related abuse, that it uses appropriate inclusive language, is respectful of all identities, and is an active ally for all LGBTQ elders.

National support for organisations can be found in the resources and services listed below:

Throughout this article, I use the term ‘LGBTQ communities’ to cover all people who are sexuality diverse or gender diverse. I utilise this shorthand for the sake of brevity, while acknowledging that the community is much more diverse than the acronym suggests; that the acronym does not specifically reference all communities within the diverse, wonderful, variable and sometimes overlapping group of people who are non-heterosexual and/or not cis-gender (meaning they do not identify with the sex they were assigned at birth). When referencing research, I utilise the acronym appropriate to that research cohort.

Claire Allen is the National Program Manager of ACON’s Pride in Heath + Wellbeing Program. She has previously worked in the aged care sector and has assisted several organisations in achieving Rainbow Tick Accreditation.

ACON is Australia’s largest LGBTQ health organisation. The Pride in Health + Wellbeing program is a national membership program that provides personalised support to organisations to improve their LGBTQ inclusion and thus improve the health and wellbeing of LGBTQ communities. The program provides 1:1 mentorship, training and advice on embedding LGBTQ inclusion throughout all aspects of an organisation – from direct care provision, policy and processes design, and quality improvement planning and advocacy, as well as personalised staff development and training.

To find out more visit PrideinHealth.com.au

[12] A. Waling and A. Lyons, ‘“I will euthanise myself before I go into aged care”: How aged care is failing LGBTI+ people’, The Conversation, 2020. Accessed here: theconversation.com/i-will-euthanise-myself-before-i-go-into-aged-care-how-aged-care-is-failing-lgbti-people-131306