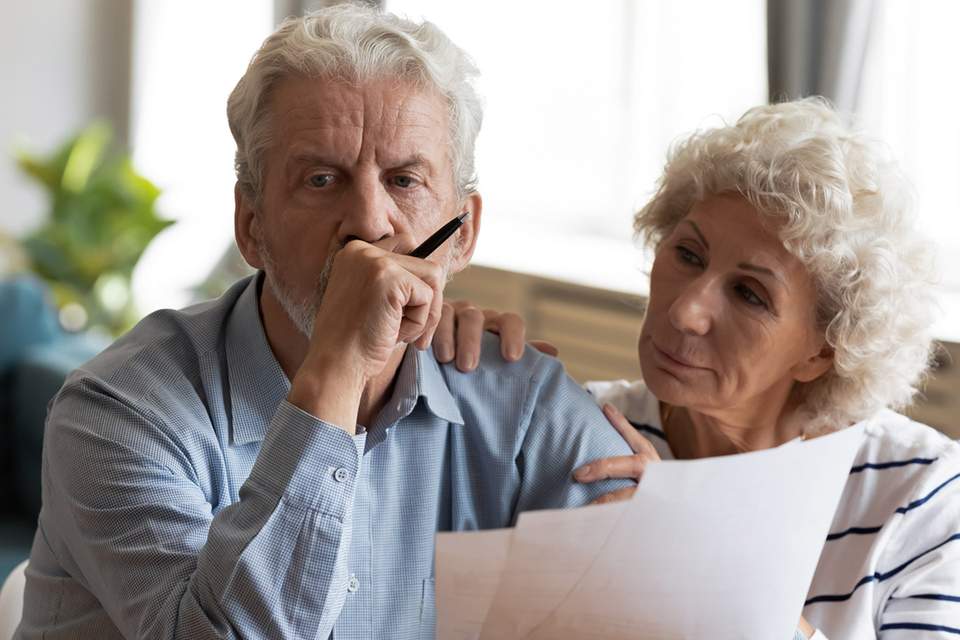 This section highlights a range of cross-border issues resulting from the fact that each of Australia’s states and territories has its own version of an enduring power of attorney (EPOA) with varying names, powers and processes.

Each of Australia’s states and territories has its own version of an enduring power of attorney (EPOA) with varying names, powers and processes. These differences can be confusing. For example, if you are the person making an EPOA, you might be known as the ‘principal’ or the ‘donor’. The people you nominate to make your decisions might be your ‘attorney’, or maybe your ‘donee’.

The variations from state to state can be especially confusing for those who rely on the EPOA when they are supporting you, such as your doctor, bank, accountant, nominated attorneys or donees, family and friends, and care providers.

Legislation to the rescue

To end the confusion, each of the states and territories has now passed legislation that recognises the other states’ future planning documentation.

For your future planning documents to be recognised in another state or territory, they must have been validly completed – including being correctly witnessed – according to the laws of the state or territory they were made in.

For example, in South Australia, your EPOA must be witnessed by one person who’s authorised to witness statutory declarations, such as a Justice of the Peace, while in Western Australia only one of your two witnesses must be someone with that authority.

Here is a list of the legislation for each jurisdiction that allows future planning documents to be recognised interstate and which documents they apply to.

Find out more about future planning in the ACT. Click here.

Find out more about future planning documents in the Northern Territory. Click here.

Bruno owns a house in Queensland, where he has lived for 40 years. During that time, Bruno made an EPOA appointing his daughter Sarina, who lives in New South Wales, as his attorney for personal, health and financial matters.

Last year Bruno agreed to return to New South Wales so he could live closer to Sarina and her brother, Angelo. He moved into Sarina’s new home. Since then, Bruno’s memory has been declining, and Sarina has started making decisions for him.

While things were going well initially, Sarina and Bruno have now had a falling out and Bruno has been forced to leave the house. Now he wants to remove (revoke) Sarina’s power, but his GP doesn’t think he has capacity to revoke the EPOA or make a new one.

Bruno has had the help of an advocate to make an application to the New South Wales Civil and Administrative Tribunal (NCAT) to revoke the EPOA. NCAT says it is not their jurisdiction to deal with because the EPOA was made in Queensland and that Bruno needs to make an application to the Queensland Civil and Administrative Tribunal (QCAT).

However, QCAT do not think they can help Bruno because he is living in New South Wales. Bruno cannot receive legal help from Legal Aid in either Queensland or New South Wales for the QCAT process.

This is a common scenario. Because his doctor considers that he no longer has capacity to revoke or make another EPOA, Bruno’s options are limited. As he is living in New South Wales, he (or others helping him) would be able to apply to NCAT to have a new guardian and administrator appointed for making his decisions instead of Sarina.

Because Sarina has been making decisions for Bruno, she can’t simply step away or formally notify her father that she is no longer able to continue as his attorney (which is called ‘vacating office’). She would probably need to ask QCAT to allow her to vacate office — although due to the animosity in the relationship, she may refuse to do so.

If NCAT makes an appointment for a new guardian and administrator for Bruno, the paperwork confirming the appointment could be presented to QCAT to seek revocation of the EPOA.

Enrique lives in Adelaide with his husband Patrick. Recently the two decided to travel around Australia as grey nomads. Shortly after being married Enrique and Patrick had both made Advance Care Directives and EPOAs, appointing each other as substitute decision-makers, but they did not take the original documents with them on their travels.

While in the Northern Territory, Enrique suffered a stroke and needed medical and personal care decisions made. Patrick produced a certified copy of Enrique’s advance care directive. The treating team was concerned about whether Patrick could consent to Enrique’s medical care under the advance care directive because it wasn’t made in the Northern Territory and wasn’t on a form or using language that they were familiar with.

Northern Territory legislation recognises health decision documents made in other states and says they can be followed. So, once the treating team verifies that Enrique’s advance care directive was validly made (which means, it complied with South Australia’s signing and witnessing requirements), they can use it to guide them about Enrique’s views and wishes. It also means that, if necessary, Patrick can consent or refuse treatment for Enrique as his nominated substitute decision-maker.

Cross-border issues can be complex to resolve. To see just how complex, you might like to read the following story of a cross-border case, KNT [2020] NSWCATGD 93, that was heard by the New South Wales Civil and Administrative Tribunal (NCAT) in 2020.

The initials ‘KNT’ represent a person who was visiting New South Wales when NCAT received requests to review her EPOA, which she had made in the ACT in 2017.

1)   Can the tribunal hear the matter?

The first point considered was, is the tribunal allowed to handle this case when KNT didn’t live in New South Wales? NCAT looked at the Guardianship Act 1987 (NSW) and other legal cases before deciding that yes, it was appropriate for the case to come before it.

Next, NCAT next had to consider whether KNT had already appointed a guardian in New South Wales. In some states, KNT’s decision-making in all matters would be authorised by an EPOA, but in New South Wales she would also need to have set up an enduring power of guardianship. Based on evidence, NCAT decided that she hadn’t, which meant there was no New South Wales document that should be applied.

DOES THE TRIBUNAL HAVE JURISDICTION TO MAKE A GUARDIANSHIP ORDER FOR KNT?

17        The Guardianship Act 1987 (NSW) (“the Act”) does not specify that the person subject to the application must be in NSW at the time the application is made or that they must be a resident in or domiciled in NSW. However, there is a common law presumption against the extraterritorial operation of statutes enacted by state parliament (Jumbunna Coal Mine v Victorian Coal Miners’ Association (1908) HCA 95). The presumption is that the provisions of a NSW Act of Parliament will apply only to a given person, thing or act where there is some clear connection or nexus between that person, thing or act and the State of NSW. Anything else will be regarded as “extraterritorial” and presumed that that Act was not intended to apply to it.  Whilst the presumption can be rebutted, the Tribunal generally only has jurisdiction to make a guardianship order for someone who is: a resident of NSW; or physically present in NSW at the time of the hearing, even if not actually a resident. For instance, the fact that the person is a tourist visiting NSW would not, by itself, mean that the Tribunal lacked jurisdiction.

SHOULD THE TRIBUNAL MAKE A GUARDIANSHIP ORDER AND WHAT ORDER SHOULD BE MADE?

27      There was consistent evidence before the Tribunal that KNT has not appointed an enduring guardian.

2)   What documents in the other state or territory have been completed?

Then, if KNT did not have any future planning documents that were made in New South Wales, NCAT needed to determine what she did have in place in other states or territories. The tribunal found that KNT had appointed her son as her attorney in a power of attorney that she had made in the ACT in 2017.

DOES THE TRIBUNAL HAVE JURISDICTION TO REVIEW THE ENDURING POWER OF ATTORNEY MADE BY KNT AND/OR MAKE A FINANCIAL MANAGEMENT ORDER?

3)   Could NCAT make a decision using its own state laws on a matter involving documents made in another state?

Now that it knew what it was dealing with, NCAT had to review previous cases of interstate future planning documents to see how those were decided and on what basis. It looked closely at two different cases that had resulted in the tribunal deciding it could not agree to the requests to review those powers of attorney.

Finally, after much consideration, the tribunal decided that it should dismiss the request to review KNT’s ACT power of attorney because it could not apply New South Wales law to the case.

44 A differently constituted Tribunal considered an enduring power of attorney executed under the Powers of Attorney Act 1998 (Qld) in QBL [2014] NSWCATGD 8. The instrument in that case also included the appointment of the attorneys for financial, personal and health matters. The applications before the Tribunal were requests to review both the enduring guardianship and enduring powers of attorney components of the instrument.

46 Similarly, Pt 2 of the Act enables the Tribunal to review the appointment of an enduring guardian. Section 6O(1) of the Act provides that an instrument appointing an enduring guardian is recognised and has effect in NSW as if it were an appointment made under, and in compliance with, the Act. However, the Tribunal found in QBL that there was no provision in the part to consider ‘guardian-like’ appointments contained in the Queensland instrument as there was no equivalent in NSW.

47 The reasoning in QBL was followed in NVT [2015] NSWCATGD 37, which also involved an instrument executed under the Powers of Attorney Act of Qld.

48 The facts in the current case are similar to those in QBL and NVT. The Tribunal agreed with the reasoning in QBL and concluded that it did not have jurisdiction to review the enduring power of attorney made by KNT on 8 July 2017 under the Powers of Attorney Act of the ACT. Accordingly, the Tribunal dismissed the application made by DEB to review that enduring power of attorney. 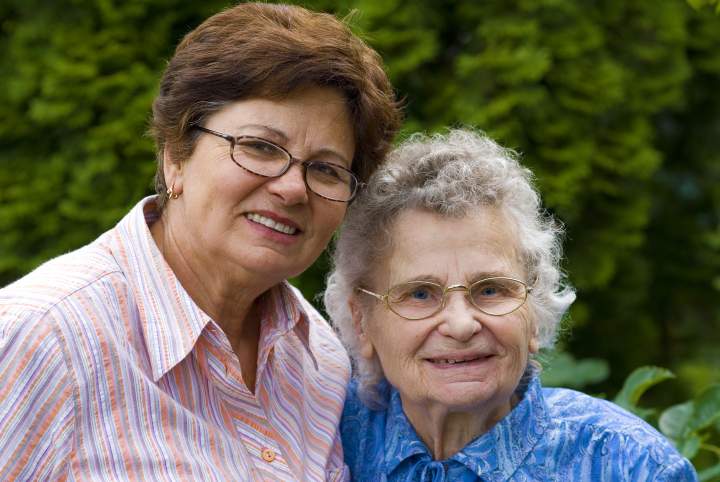 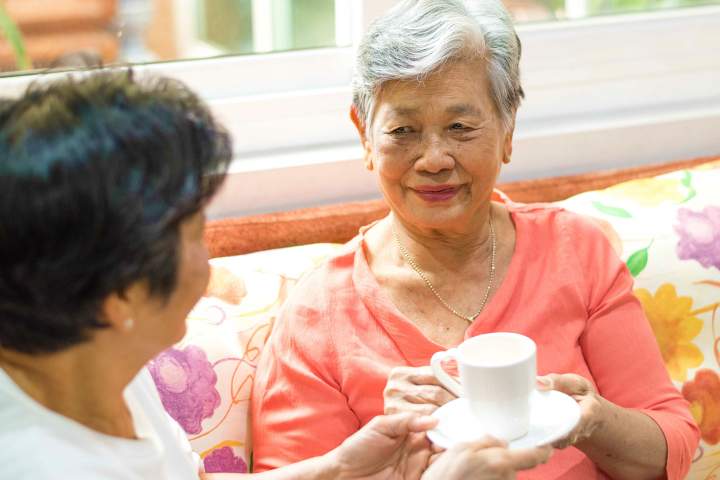 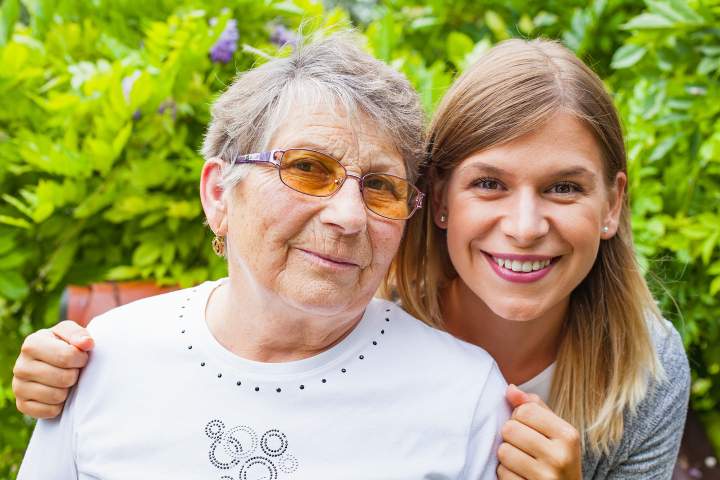 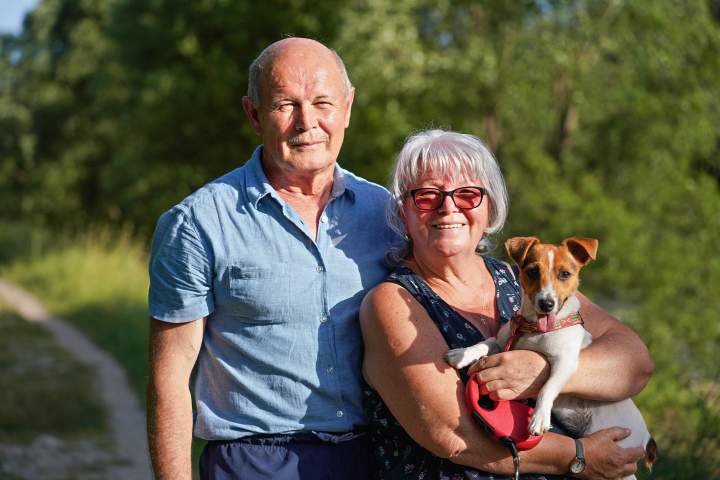 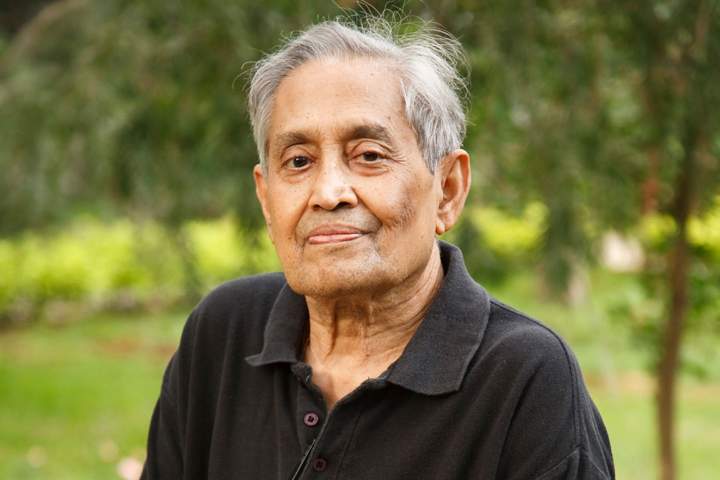 ‘Capacity’ is a term often used when talking about a person’s ability to make decisions for themselves and understand t... 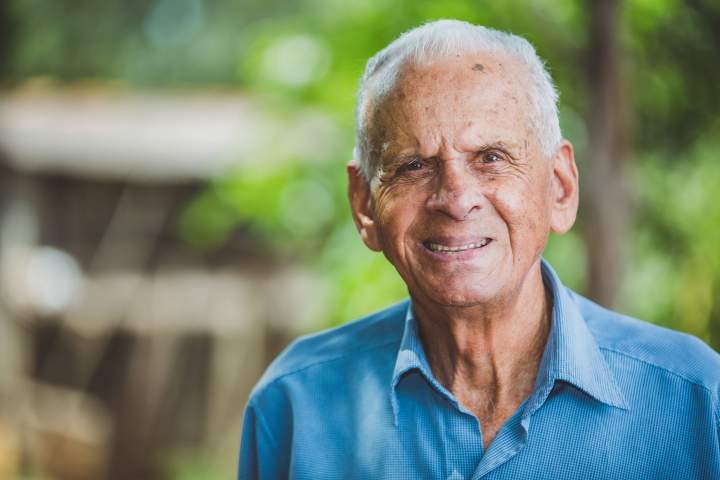 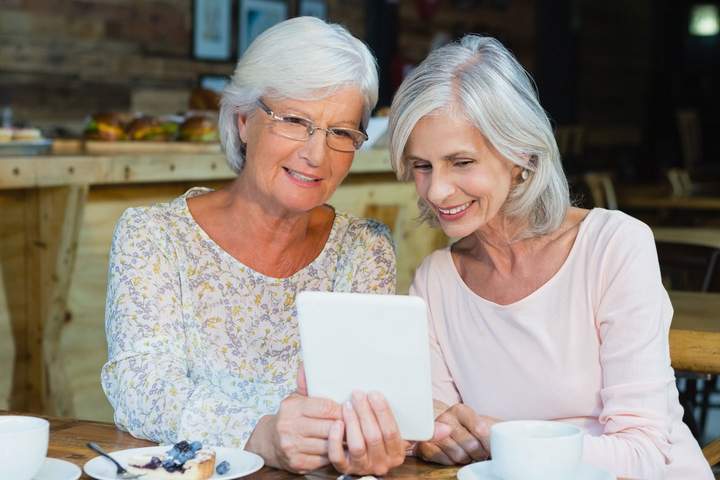 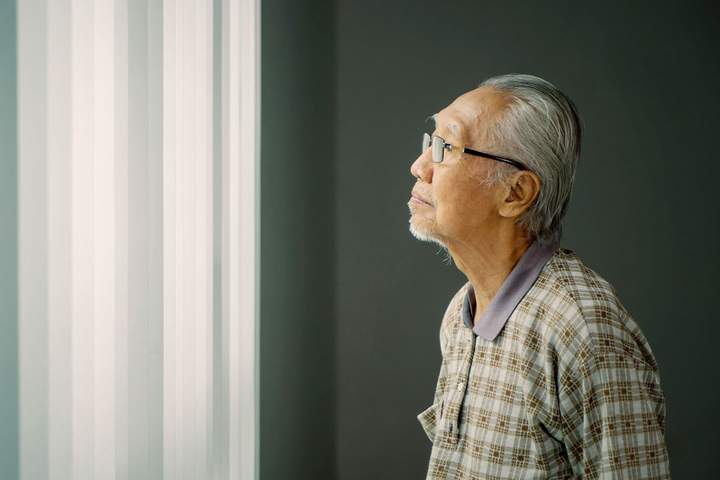 Misuse of enduring power of attorney

Enduring Powers of Attorney are sometimes misused, and if this happened your rights and control could be at risk. Find ... 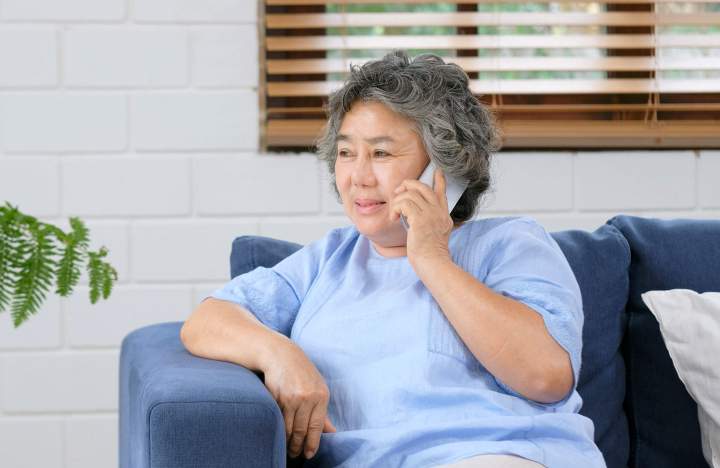