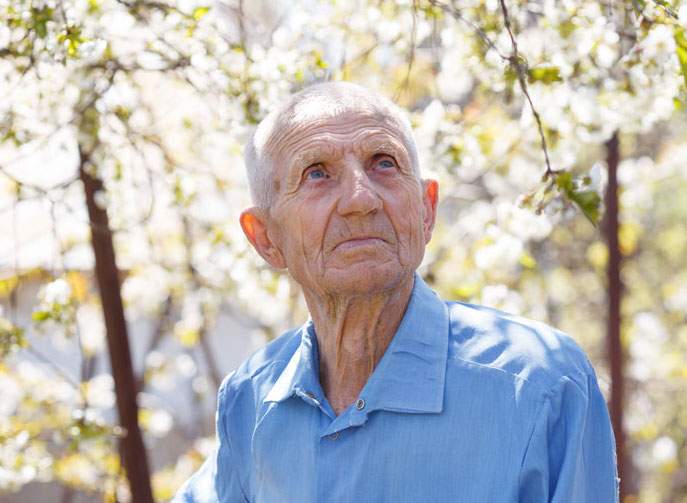 How to beat back loneliness in old age

Graciela Espinoza de Mestanza, 73, loves music. Her favourite is the huanyo, traditional music from the Andes and much-loved in her home country of Peru.

“This is what I miss, [the music]. I can’t stand up, so I dance by moving my feet while sitting,” she says.

Graciela and her husband Mario, 81, moved to Australia in 2006 to be closer to her three children, who had moved here one-by-one for better job prospects.

The couple struggled with learning English at the beginning, and while they say they loved their new home, they had difficulties fitting in.

“Sometimes [I felt lonely]. Because I am from a different culture,” she says.

Graciela and Mario first communicated to others using gestures and pointing, but gradually improved with a determination to learn the language.

“When we go to Woolies or Coles, I sit outside because I can’t walk. And I see the nearby elderly people who are sitting alone,” she says.

“I ask them: ‘Can I practice my English with you?’ And they speak with me and tell me about their lives and how they are.

“We learned about the solitude of many senior people, of many elderly people.”

Before the pandemic, close to one in five older Australians experienced loneliness at least every day, particularly those over 75 years of age. One in three senior Australians live alone, according to the Department of Social Services.

During the pandemic, particularly during the first wave of lockdowns in early 2020, loneliness was listed as the top personal stressor in an Australian Bureau of Statistics (ABS) survey.

“We’ve known for a long time that social isolation is a risk factor for dementia, and the risk of physical diseases like heart disease, stroke and diabetes is more common in people who are lonely,” she says.

“It’s not just because they’re not eating or they’re eating badly, it is actually the psychological effect of not having that interaction with other people.”

Professor Kurrle says there’s an important distinction between ‘social isolation’ - the physical, observable act of being alone and lacking social connections - and ‘loneliness’, the more subjective feeling of being alone.

“A lot of people that live within a family or an aged care facility, are very lonely, despite having social connections available,” she says. “We’re pack animals, and we like to feel like we’re part of a group, part of a community.”

“I’ve worked with people who go into aged care facilities because they’re not coping in the community, and they actually become more alone and more lonely in those environments.”

In 2019, the federal government committed $5 million in funding across five years to set up 12 ‘Village Hubs’ across Australia.

These ‘Hubs’ would link existing community groups and local health services with community members aged above 55, encouraging them to take part in social activities, such as group exercise, public excursions, arts and crafts, etc. The goal is to increase social connectedness, and by doing so, reduce loneliness.

At least 10 of these Village Hubs are now operational and offering services, after a delay from the outbreak of the COVID-19 pandemic. One of them, the Hornsby Village Hub, launched in March this year under the Sydney North Health Network.

One of the organisers, Anya Rowlandson, says the over 55’s population in Hornsby, in Sydney’s leafy northern suburbs, is expected to rise by 36 per cent over the next twenty years.

“The Hub will work with the community to understand the types of social activities, active ageing programs and volunteering opportunities that support health and wellbeing, and connect community to existing or new groups,” she says.

Organiser Brooke Grimsted says about 85 community members have signed up to the Hub in the three months since launch.

“I hope that the Hub becomes a community within a community, where people feel a sense of belonging and connection, a place where you can lean on your peers for support,” she says.

Professor Kurrle was also at the opening of the Hornsby Village Hub, and says she was ‘blown away’ by the initiative.

“We’ve noticed you can offer someone a social interaction, or an activity group, but a lot of people are still worried about doing it… it’s sort of like taking a kid to kindy, you’ve got to encourage them,” she says.

“I think a lot of people think, as they get older, it’s OK to feel lonely, that it’s part of getting older. But it shouldn’t be, it should be a time when you can look back and enjoy what you’ve done, but at the same time keep linking with friends.”

Graciela and Mario are heading to Hornsby to meet with their Spanish Senior Community Group for a salsa demonstration, one of the group’s weekly activities. The venue is a modest community centre where a small boombox murmurs in the corner with a microphone and small prancing disco lights sitting nearby.

But before the performers put on their dancing shoes, Mario stands up and snatches the microphone, turns up the boombox, and sings a few tunes to warm up the small crowd of Spanish speakers.

“I learned these songs at school, and I sang it when I was young. I sing what I know,” he says, after his performance.

“When I come to these gatherings, I feel happy and rewarded for these special moments.”

It works. By the time the salsa dancers introduce themselves and begin their demonstration, the group can hardly sit in their seats. A few - including Mario, who boldly flings his puffer jacket across the room - interrupt the demonstration to take the dancers in their arms. Graciela, whose health conditions prevent her from standing too long, moves her feet in her chair in time with the music with a huge smile on her face.

After a marathon effort from the young dancers to keep up with their older partners, the show is over and the group returns to tables to eat lunch. Graciela appears to be involved in almost every conversation.

“I have a lot of friends in the Spanish speaking groups. Like all Latin American people, they are very friendly and very social. That’s very important for us,” she says.

This Spanish Senior Community Group is organised by Jacquline Lobo, from the CAPAH Multicultural Association, and she says they collaborate with the Hornsby Village Hub to organise activities and to refer over 55’s looking for social connections.

They meet weekly on Mondays, and activities range from information sessions, arts and crafts, exercise, and excursions.

“For many older migrants, the language barrier can be a challenge, and this can lead to loneliness,” she says.

“It’s very important that we can provide help, care and support to seniors in their own language and culture if possible, to reduce isolation and improve general wellbeing.”

“Developing communities among language groups is hard. Yes, sometimes they will be lonely, particularly if they’ve never really come to terms with leaving. They can lose those links with language,” she says.

“Every year, Australians add about two weeks to their life expectancy. People forget about this grey tsunami coming up, and we really have to be starting to adapt.”

Graciela says she’s glad to have Mario and her children close by as she ages.

“I miss Peru, but I feel glad to be close to my children,” she says. “They are my medicine.”

Mario says he had a big job ahead of him: “She has threatened me and said she’ll live to be 200 years old. I told her to wake up her grandmother to take care of her.”