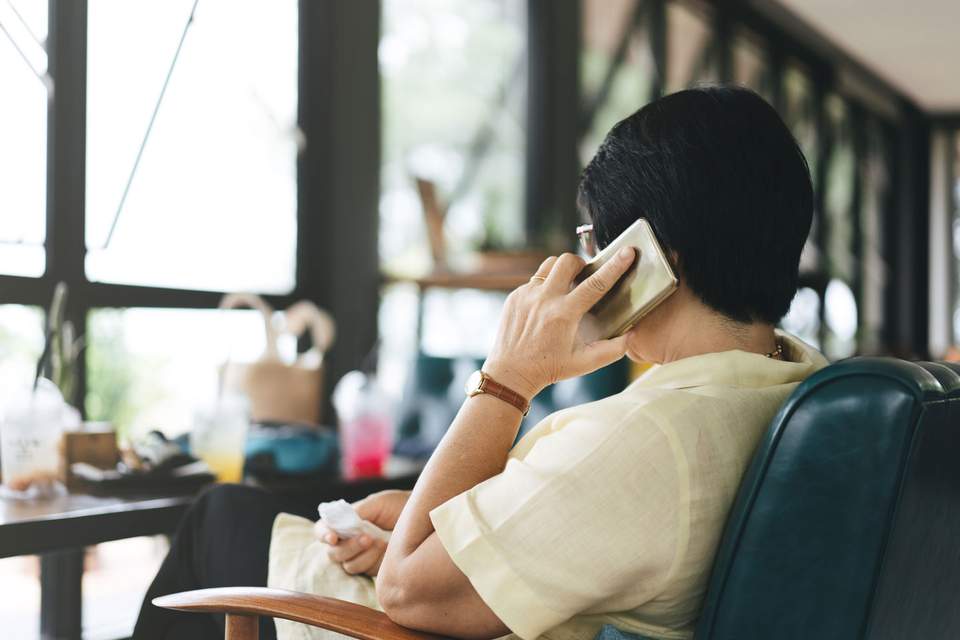 Older Australians are being abused by their own families. Deanne takes their calls for help

Aylin* is aged in her 70s. Recently, she sought help after surviving a violent incident — at the hands of her own daughter.

Police were called after the altercation in which the verbal abuse also allegedly included a threat to kill.

Aylin says she has experienced emotional and financial abuse at the hands of her daughter, who monitors her phone use and prevents her from having social contact.

The situation is complicated by the fact her daughter is also her primary carer and Aylin, a migrant to Australia, requires an interpreter to communicate when seeking help.

Deanne Lawrie has heard many heart-wrenching stories like Aylin's in her eight years at the UnitingCare Elder Abuse Prevention Unit in Brisbane.

Often we hear from an older person who is being put down by their adult child or is being threatened to hand over money,” she says.

“The majority of our calls are where an adult child is mistreating their parents. So it is usually abuse within a family situation.

The UnitingCare unit in the Brisbane suburb of Chermside usually receives around 3,400 calls each year but has recorded a 30 per cent increase this year alone.

“Elder abuse has definitely been a hidden problem, but I do think it's coming out of the woodwork now.”

Queensland's Elder Abuse Prevention Unit provides free assistance to anyone affected by or witnessing abuse of an older person. It can also refer cases to an appropriate agency.

It is part of a national network of support services, that includes the national helpline number 1800 ELDERHelp or 1800 353 374.

A nationwide survey published in December 2021 found abuse is more widespread than thought.

The National Elder Abuse Prevalence Study found 15 per cent of older Australians, or around 630,000 people, experienced abuse in the previous year. Of those, the majority reported psychological abuse, followed by neglect and financial abuse.

“The perpetrators are those in a close or intimate relationship with the older person," says Luke Lindsay, the general manager of Queensland’s UnitingCare Elder Abuse Prevention Unit.

It can be sons, daughters or grandchildren, but also distant family as well.

"In most cases it is people that are the older person is reliant on for care and support, for transport, for medical needs.

For many older Australians, abuse has escalated during the pandemic.

“Adult children who might have lost their job or gone out of business, have moved back in with mum or dad. And really the dynamics in that family relationship have fallen apart,” says Ms Lawrie.

Ending the stigma around abuse is key, Ms Lawrie says, as many older people are afraid to report abuse at the hands of close family members.

“There is a lot of shame around making that call, so it can often take quite a while to make contact.”

Some older Australians struggle to find services online and those with English as a second language can face other barriers.

“Where an older person calls us directly we quickly get the telephone interpreting service to connect us into a three-way conversation,” Mr Lindsay says.

“We want to make the experience a positive one, in the first instance.”

Resources in languages other than English are also available from the Human Rights Commission’s ELDERhelp website.

“We have materials in 19 languages other than English to make sure that people from non-English speaking backgrounds have the help that they need and they can get it quickly.”

Dr Patterson says abuse can cover a wide spectrum – but at its core is ill-treatment of an older Australian.

“It can be psychological abuse or it can take other forms, but abuse can also sometimes escalate all the way to murder,” Dr Patterson says.

Jenny Blakey is co-chair of Elder Abuse Action Australia – a national body that aims to protect the rights of older Australians - and is concerned that elder abuse remains underreported.

Two-thirds of older people are not seeking help and that's a really big concern,” she says.

“We really need to look at why that is happening to decide what we can do about it.

There are 4.2 million Australians aged over 65 and that number is expected to rise to 9 million in the next quarter-century – meaning more older people will potentially be at risk.

“It's a terrible scourge in Australia and we need to keep our eyes on older Australians and report abuse,” Dr Patteson says.

UnitingCare’s Luke Lindsay urges anyone who sees signs of abuse, such as physical harm, unusual depression or a sudden shortage of money to reach out for help.

“Calls to the elder abuse helplines remain anonymous and confidential, and there is no time limit on people wanting to talk about their story.

Listen to the SBS News coverage of this story here.

*Name has been changed to protect identity.