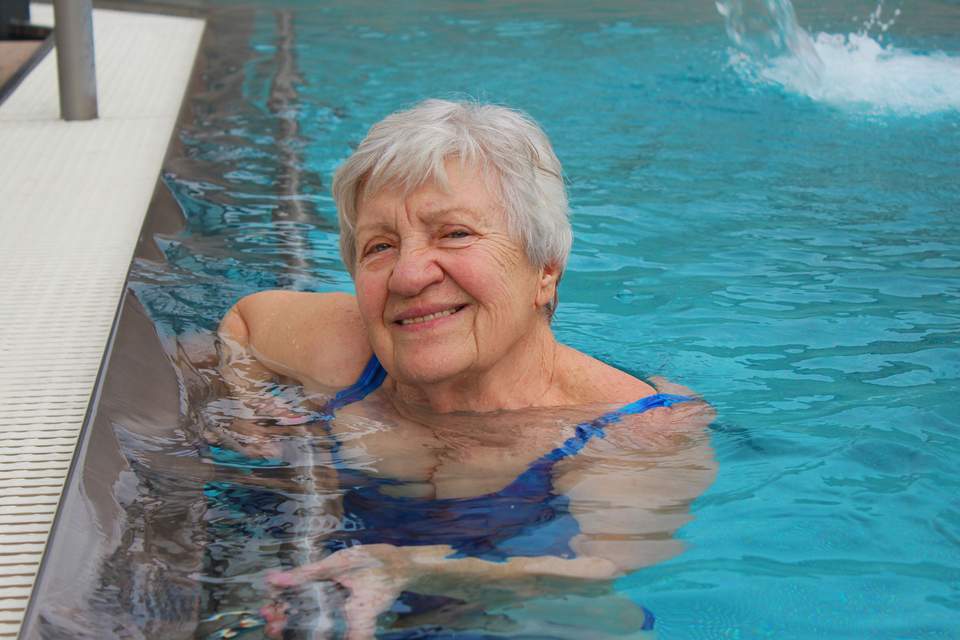 Older Victorians are drowning at an increasing rate, and this program is hoping to turn the tide

You would never guess Carol Wu is 70, as she raises barbells above the water with Kylie classics pumping out across the pool at Templestowe in Melbourne's north-east.

She's an active woman. In fact, it's her years of badminton and other sports that have led to bad knees — which this class is helping.

"I never had resistance training in the water before. For older people, their balance is not so good. So this helps them prevent further falls," she says.

Joyfully splashing through the water, none of the other people in the pool with Ms Wu are acting their age.

And you'd never guess that just a few weeks earlier, some were clinging to the side of the pool, such was their lack of confidence in the water.

They're here as part of a three-week Life Saving Victoria (LSV) program to entice older Australians to increase their water skills.

Trudy Micallef, LSV's diversity and inclusion manager, jokes around with the group from poolside.

She says lockdowns have led many older Australians to lose their familiarity with pools, making them hesitant about returning.

"It's really giving them the confidence to come back, walk through the doors of big facilities like this, and to be able to enjoy water-based activity with their friends," she says.

The program was sparked by worrying data showing a 10 per cent increase in drowning rates for over-65s in the past three years compared to the average over more than a decade.

"We're seeing big increases in slips, trips and falls, those that might have a pre-existing medical condition, or those that are not understanding their medication and how that might affect them interacting with water," Ms Micallef says.

And that's despite an aim by LSV to halve drowning rates across the community by the end of 2020.

In fact, the LSV Drowning Report released in December showed Victoria just had had its worst fatal drowning toll in more than 20 years.

People classified as being from culturally and linguistically diverse backgrounds represented 35 per cent of all drowning deaths.

It's representative of a broader trend across the country.

Carol Edmeades is the energetic, colourfully dressed instructor poolside, and says this group's progress has been "absolutely incredible" in the space of just three weeks.

She says the skills they need to learn can be very simple.

"Sometimes if they do get into trouble, they just have to put their feet down onto the bottom, wherever they are, whether that's at the beach or in a pool," she says.

"The skills that we're teaching them here are making them stronger. So that they may if they have to stay up and tread water, they can do that for a longer period."

Chai Kong is a joker of the group.

At a spritely 81, he says a lifetime of swimming means he's confident in the water, and he proudly says his children and grandchildren have all learnt now.

But he worries about elderly people who don't have the skills.

His message to those who feel reluctant to learn is that "it's not that serious" – learning to swim can be enjoyable.

Getting together is fun," he says.

The group knew each other through the Manningham's Chinese Senior Citizens Club, but this has cemented their friendship.

Selina Leung is the club's community leader who organised this program for the group.

She admits she didn't know how to swim well, and worries about having falls.

"I do worry about it. That's why I took the opportunity to do it … and it's free."

"Some of the members were telling me that doing it as a group of members together, it's more fun.. instead of joining a class [with] strangers."

More than 150 people aged between 50 and 90 have taken part in the pilot program in six aquatic facilities across the state, and LSV is now encouraging community groups to get in touch to arrange classes.