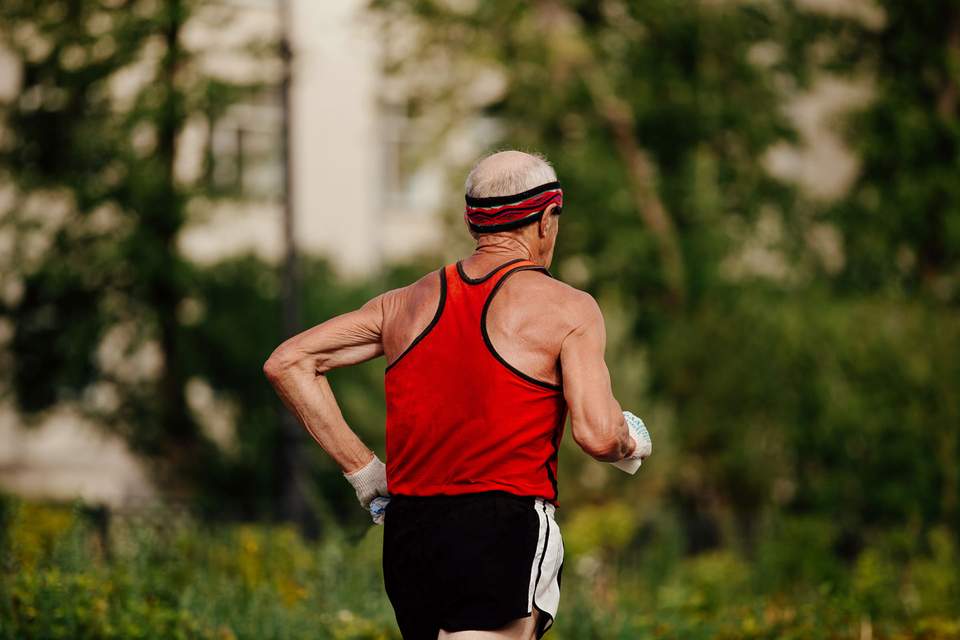 The Dubbo resident felt shocked when a check-up with the cardiologist showed he had heart blockages, but was determined to do everything he could to improve his health.

Now aged 83, he has completed more than 260 Parkruns — a free, weekly 5-kilometre run organised by volunteers across the world — and his cardiologist was "thrilled" by the improvements to his health.

"When I go see my cardiologist every six months, he can't believe it.

"He says, 'Ray, whatever you're doing, keep on doing it'.

"I enjoy showing him how good I can go when he puts me on the treadmill [and] it makes me feel great too."

Avoiding a need for surgery

Mr McTiernan had nine stents put in to delay the major surgery but, eight years on, he has managed to avoid the procedure altogether thanks to a lifestyle change supervised closely by his doctors.

"I always walked and I played a bit of a sport as a young fellow, but I was looking for somewhere to exercise seven years ago and I thought Parkrun sounded like a good idea."

Although he had some first-time nerves, the former firefighter and football player has since made countless friends.

"My wife brought me down the first time because people are a little bit frightened of turning up sometimes," Mr McTiernan said.

"But we got going and I've been running ever since.

"I didn't know anybody but there's hardly anybody now that I don't know — I have a stack of friends here."

Mr McTiernan's personal best for the 5-kilometre run is 29.5 minutes.

"I can't expect to run any faster than that," he said.

Mr McTiernan said it took him an average 32 to 33 minutes and "I'm really pleased with that".

He said the weekly run had remained the highlight of his week for seven years, including through drought and flooding.

"Nothing stops me from coming," Mr McTiernan said.

"If I do miss a Saturday morning, I feel I let myself down because you have a lousy weekend if you don't come out for a run. It really lifts you up."

"I volunteer as [a] marshal too. I always like to help the community."

Mr McTiernan believed turning up on that very first Saturday was one of the best decisions of his life.

"If anyone's thinking of getting started, I'd say there's nothing to stop them, only themselves," he said.

"They'll certainly find it will improve their health. People running today are a different person to when they started five or six years ago.

"You can see the difference in their health."

He also said there was no age limit.

"There's older people than I taking part, and it's good to see them out," Mr McTiernan said.