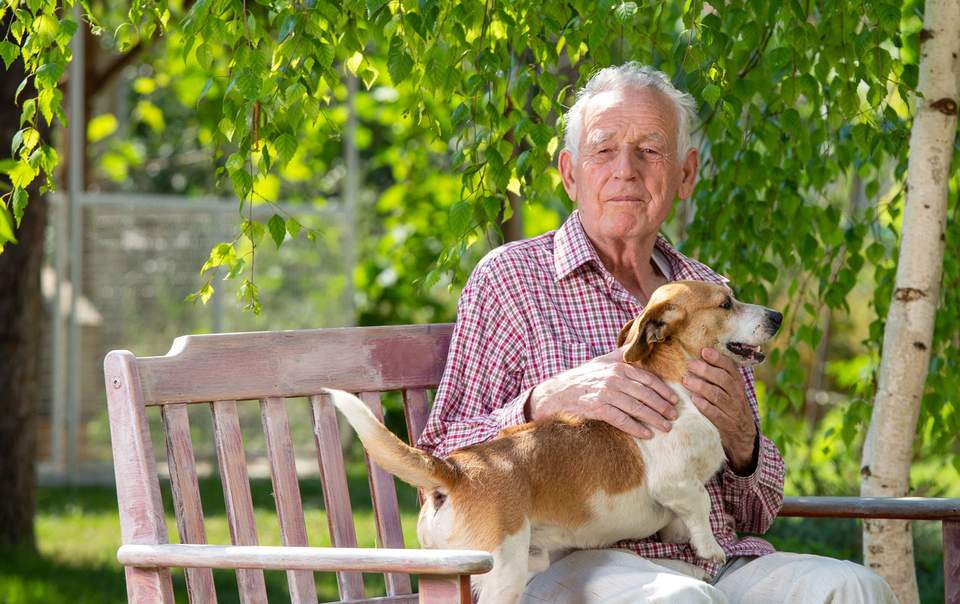 A special initiative is giving new hope for older animals to secure a furever home.

'Seniors for Seniors' is a program run by RSPCA NSW and gives older individuals with a seniors card the chance to adopt an older pet with a 50 per cent discount.

RSPCA NSW senior government relations manager Troy Wilkie, who's based on the NSW South Coast, has been working with the organisation for the last six months.

Mr Wilkie says programs like Seniors for Seniors make it the most rewarding job.

"You won't find a more inspirational organisation that does what we do," he said.

'Seniors for Seniors' was launched in 2020 and is an important initiative, as various studies have shown older people who own a pet live longer and have less health problems.

"All these seniors want is a companion to lay on the couch with and give them a belly rub," Mr Wilkie said.

"Retirees have more time for that kind of stuff too, something which the pets appreciate and it's also nice for them to have a companion to keep them company."

The pandemic created a huge increase in people adopting animals, with lockdowns giving individuals time they may not have originally had to take care of a furry friend.

As a result of this adoption increase, Mr Wilkie says there were points where the shelters were nearly completely empty.

"Our main job as an organisation is to rehome animals and currently we rehome 45,000 pets per year."

Now with times entering a returned sense of 'normality', the RSPCA are back to normal adoption levels.

Puppies will sometimes only last a day before being adopted, while older pets can sit tight in shelters for a little longer, something which Troy says is important for 'seniors for seniors'.

"While puppies and kittens are cute, they are a lot of work," he said.

"Eight years old is the minimum age for a pet to qualify for seniors for seniors and these pets are house trained and a lot calmer, which is important for these seniors."

Animals of eight years and older end up at the shelters for various reasons, whether it be families no longer being able to home the pet, owners passing away or unfortunately, animals being saved from abusive owners.

"Sometimes the animals we have are victims of the most awful cruelty," Mr Wilkie said.

"So we make sure before they go to a home, we rehabilitate them so they are ready to go to a loving owner."

Seniors who adopt through the initiative may be concerned on what will happen to their pet should something happen to them, but Mr Wilkie stresses RSPCA offers plans in case this should occur.

'Home Ever After' allows not just seniors, but anyone who adopts from RSPCA to find a loving home for their pet in case something were to happen to them.

"This is available for everyone and seniors can rest assured knowing their pets will be looked after if something happens," he said.