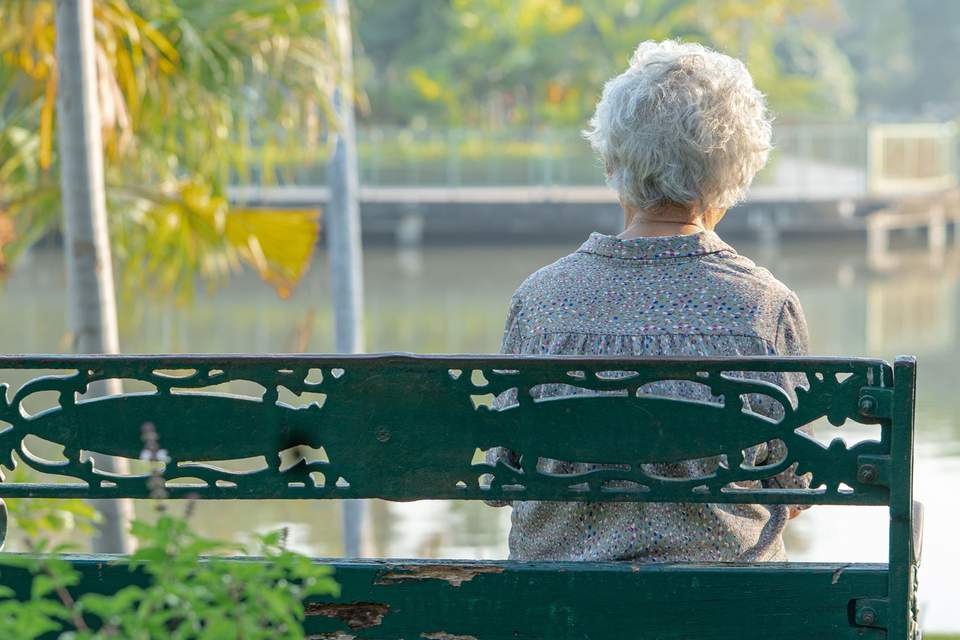 ‘We’ve all done the right things’: in Under Cover, older women tell their stories of becoming homeless

The Australian documentary Under Cover, premiering at the Melbourne International Film Festival, presents the voices and faces of older women’s housing insecurity. Many of us would have seen the figures: the number of homeless people aged 55 years or above increased 28% between 2011 and 2016. And single women of that age are the fastest-growing homeless group in Australia.

But knowing the statistics is different from witnessing the reality. In Under Cover, filmmaker Sue Thomson depicts the stories of ten older women who have experienced housing insecurity and homelessness. They live in hostels, community housing, their cars, vans, caravan parks.

All have travelled different routes, but leading to each individual experience is a chain of similar factors: taking time off work to care for children, having little or no superannuation, experiencing relationship breakdown that leaves them without money or assets, eviction. For some, additional factors include family violence and the enduring impacts of colonisation.

These women filled the role in society that women are expected to, caring for husbands, elderly parents and children. As one of them points out:

We’ve all done the right things, you know. We got married, we stayed at home, we’ve raised our children.

They feel shock, grief and frustration that, in return for their service, they have ended up here, beyond the edge of poverty. For many, the routine acts of waking and washing, food preparation, seeking an income, maintaining precious belongings, sleeping and staying safe take place in spaces of transience and mobility.

Many of the women say they never thought they would end up homeless; it was something that happened to other people. They are articulate, reflective, everyday women who were blindsided. As one of them says:

I had never ever considered that I would be homeless. Never.

Indeed, in advocating for political change, the film powerfully presents the idea that homelessness can happen to anyone.

Risks are rising with rental and living costs

The pressures that lead to people becoming homeless are increasing. Rental and living costs are soaring.

An Australian property market geared to make profits, rather than provide housing as a basic human right, is having stark long-term impacts. When the next Census homelessness estimates are released in 2023, it’s likely we will see more older women are at risk of homelessness – and more Australians across all age groups and genders with first-hand experience of not having a home.

Solutions must include more affordable housing

The film highlights some important programs and organisations that are helping homeless women. But, as Margot Robbie’s narration makes clear, non-government organisations cannot do the work without government support.

Currently available social or affordable housing may be located far from women’s social networks and community. They may be given a stable home but at the cost of their sense of belonging.

Significantly more social and affordable housing is needed. This will ensure people have suitable options and don’t have to move long distances to receive shelter. Temporary housing is also necessary but insufficient.

Having stable, alternative housing available will help older people who cannot stay in the family home, whether because their relationship breaks down or they never owned property.

More broadly, Australian housing policy needs to understand housing as a human right that is fundamental to people’s wellbeing. Housing should be safeguarded as essential social infrastructure.

Other measures to prevent older women from becoming homeless will require policy beyond housing: better parental leave schemes, pay equality, domestic violence responses, closing the superannuation gender gap. In short, it depends on overcoming gender inequality on all levels and scales. These are big tasks, but they must be undertaken for a fair and just society.

Under Cover makes it clear we cannot continue the way we are, or these problems will continue through to the next generations. Today’s young women will be tomorrow’s older homeless women, wondering how on Earth they ended up here. As one woman in the film says:

The need for both gender-focused and age-focused housing solutions is urgent.

People experiencing homelessness are often regarded as invisible, as are older women. Homeless older women may be doubly invisible. But by getting into the specifics of their homelessness, Under Cover brings their experiences into the light.

You can’t make policy about something you can’t (or don’t want to) see. With the federal government’s commitment to national co-ordinated housing policy, and Prime Minister Anthony Albanese’s open discussion of being raised by a single mother in public housing, perhaps there is a fairer Australian housing landscape on the horizon.

A sequel to Under Cover that focuses on “how older women’s housing insecurity and homelessness was solved” would be welcome. In the meantime, government action, supported by research that increases understanding of age, gender and other intertwined vulnerabilities, is badly needed. Also critical are the conversations at kitchen tables, in local neighbourhoods, in workplaces, among friends and in news media that Under Cover will provoke.