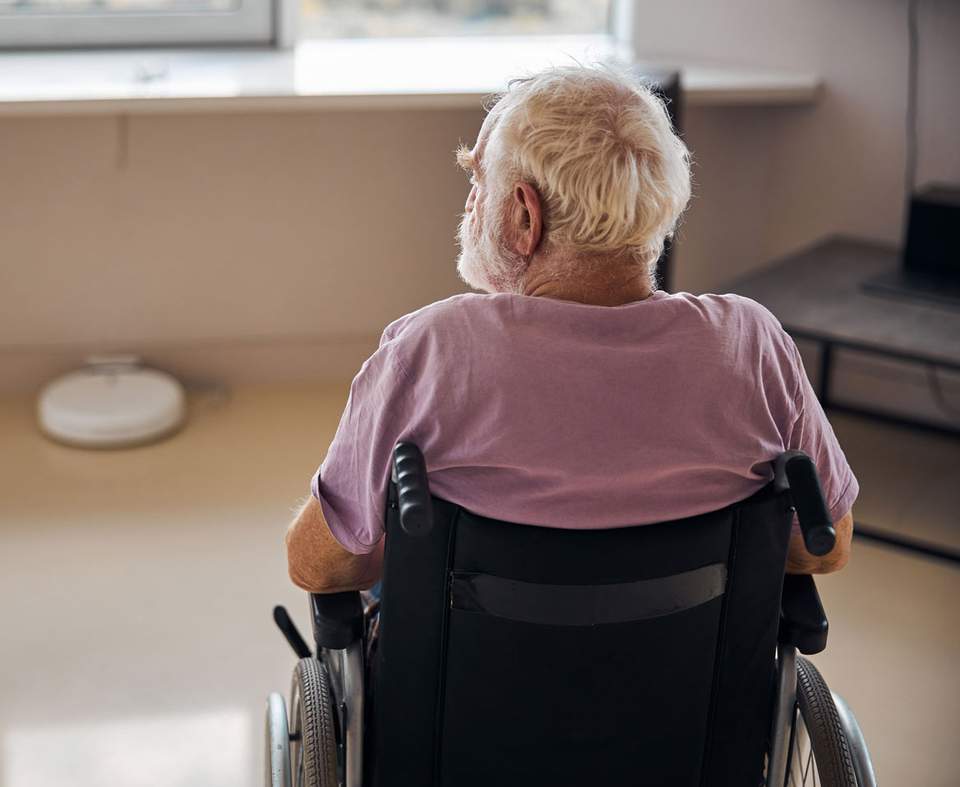 Amos suffered a stroke which resulted in permanent disabilities. For the last twenty years his wife Elizabeth has had control over Amos and refused him any access to funds or his personal documents.

Isolation is a key strategy of abusers and it can put their victims in an incredibly difficult place. No friends or family, lack of access to money, limited ability to communicate with others – these are all common experiences of people who have been isolated in elder abuse scenarios. The logistical limitations can make it difficult to find a way out as they face the prospect of leaving alone without money, support or transport. Sustained support from services is required to overcome the barriers to leaving and help people re-establish themselves in safer circumstances.

Amos, in his 70s, had been married to Elizabeth for more than forty years. He had suffered a stroke twenty years earlier which resulted in permanent disabilities. Elizabeth exercised control over Amos and refused him any access to funds or his personal documents for years on end. He was entirely dependent upon her as a result. Throughout their marriage Amos experienced multiple forms of abuse by Elizabeth including physical, psychological, social and financial abuse. Having no access to bank accounts and identification, he was afraid and unable to take the practical steps to end the marriage safely, despite his wish to do so.

Elizabeth would not allow Amos to use the phone or attend outings other than as arranged by her. Amos had become socially isolated with the exception of his weekly attendance at a respite centre. Fortunately, a worker at the respite centre referred Amos to Caxton’s Seniors Legal and Support Service (SLASS) after they noticed an injury on Amos.

Caxton Legal Centre’s Seniors Legal and Support Service provided help to Amos over three years. At some stages social work help was most relevant, such as when creating the safety plan to escape abuse. At other points legal assistance was vital, such as when negotiating for Amos in relation to property settlement after separation.

The SLASS lawyer and social worker met with Amos at a safe place. The lawyer provided Amos with comprehensive legal advice in relation to domestic violence and divorce. Amos was at risk of further harm in the home, but in order to leave Elizabeth he needed to be able to access a new residence independently – something on the ground floor was needed in order to meet his needs.

Amos had no access to income or savings for bond money, rent, furniture or removal costs and was extremely fearful that if he tried to access any funds from the joint accounts Elizabeth would discover his plan to leave and that her abuse would escalate.

Through collaboration with the respite centre and intricate safety planning, the SLASS social worker assisted Amos to pack and move his belongings without alerting Elizabeth of his intention to leave.

Because of Amos’ dire financial status SLASS utilised funds from the Vera Raymer Trust Fund to set up and secure appropriate rental accommodation. Without access to emergency funds such as this, the prospects of Amos escaping to safety were extremely limited.

The SLASS social worker then provided extensive practical support and advocacy to assist Amos to establish himself and remove Elizabeth from key financial and administrative gatekeeping roles.

Amos settled into his new rental property and expressed great satisfaction with his independence.

The SLASS lawyer communicated with Elizabeth on Amos’ behalf and informed her of his intention to seek divorce. The lawyer negotiated with Elizabeth and subsequently her lawyer released some interim funds from the joint bank account to assist Amos in the short term.

Amos was concerned about the effect the divorce would have on his already strained relationships with his adult children. He wished to pursue a non-litigious property settlement in a manner that would preserve these.

The SLASS lawyer then assisted by providing full legal representation to Amos. This included legal advice about how the matrimonial property could be divided to achieve a just and equitable settlement. SLASS was responsive to Amos’ needs in a manner that a conventional law firm may not have been. Many visits to Amos in his home were made throughout this process as his mobility was limited by his disability. The SLASS lawyer proceeded with particular regard for Amos’ wish to preserve his relationships with his children.

SLASS were successful in achieving an outcome that would provide for Amos’s future needs. Amos is now in a position to buy a property to live in that is accessible and also has additional funds to support him in the future.

Without Caxton’s assistance Amos would likely have remained socially isolated and under the control of his spouse. He would have had difficulty exiting his home without the help of the social worker and challenges accessing legal help without the flexible support that SLASS could provide, such as regular home visits.

Amos is deeply grateful for the three years of assistance he received from SLASS and is now able to live a safer and more independent existence.

Credit: Published on Compass with permission from Caxton Legal Centre