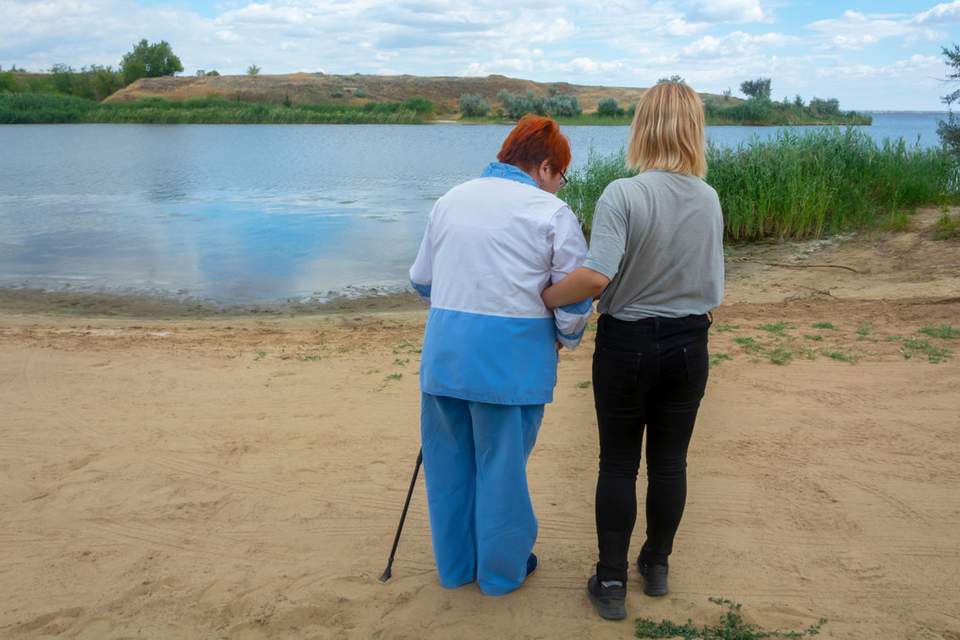 When I first became a carer, I panicked. The role was so much more complex than I was prepared for and I found myself ill-equipped psychologically. My stress levels sky-rocketed, my sleep was disrupted, my fibromyalgia flared.

I was still juggling the remains of a career when my elderly mother came to live with me from overseas. We had not lived under the same roof for more than forty years.

There was so much to wrangle: dealing with her visa and residency status issues, finances and legal documents to draw up, an ACAT assessment to request in case we needed to go down that path, the bureaucracy of registering with Medicare, the need to find specialists to deal with hearing issues, loss of balance, and chronic pain from osteo-arthritis, the urgent purchase of a wheelchair as well as other aids to assist with getting in and out of the car, and a safety button system for when we were out of the house.

Caring for someone doesn’t smooth over the cracks, it makes them wider.

The check-list of appointments was endless, the navigation of the myagedcare website confusing. Because no one else I knew had an aged parent living with them, I had no support network to ask advice from. Friends were sympathetic, but had no experience of my situation.

I did not have time to recognise how my new role as carer would expose and exacerbate the fault-lines in a mother - daughter relationship that had always been strained. Caring for someone doesn’t smooth over the cracks, it makes them wider. It tests your character and temperament in new ways so that if, like me, you have not been a parent, you may be unskilled and unprepared for what is required. No one tells you that.

Eventually a mental health expert directed me to a course run by a couple of local psychologists. I registered for the program, and found that I was the only person in the group who was there as the child of a parent who needed care, as opposed to the parent of a child. Most were dealing with bi-polar and drug abuse issues, and needed to know what to do if their children became violent and they needed to call the police. Or they wanted techniques to de-escalate potentially dangerous situations. In some ways, the course left me feeling more isolated although it did give me some useful hints about not trying to do and be everything, which is something I think many carers are guilty of.

Respite was extremely hard to find. Most places I called did not offer it for short periods of time, saying it was not worth their while , as it was disruptive to their existing residents.

Since becoming a carer I have gained a greater degree of understanding of how demanding the role is and what can prompt an exhausted carer to cross the line, incrementally, into behaviour that might become abusive. It is often a cocktail of fatigue, resentment and exasperation.

The role is not always rewarding. I can see, for example, how if there is an opportunity to top up your finances because you have access to someone’s accounts or credit cards, it can be tempting as a kind of compensation for the life you are sacrificing ( because satisfying the criteria for the carer’s allowance is hard and the amount woefully inadequate). I think we need far more awareness and open discussion of the stress factors and triggers that turn carers into abusers, together with widely available training and respite. If all we do is keep judging the carers who commit abuse, we will never eradicate this ugly but very real social problem.