We Need to Talk About Ageism

There’s growing evidence of change afoot in attitudes toward age, ageing and older people and it’s about time.

After decades of pondering – and usually catastrophising – about the impact on society of the dreaded ‘ageing population’, we may just be reaching a tipping point. This term, tipping point, is described by Malcolm Gladwell in his bestselling book of that title as the “magic moment when an idea, trend, or social behaviour crosses a threshold, tips, and spreads like wildfire”. 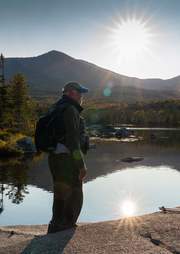