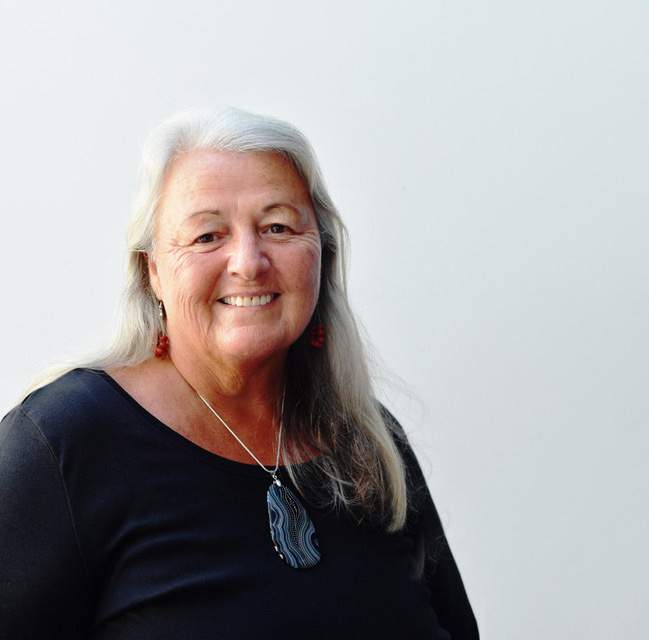 Australians of all ages deserve to be safe from harm, treated with respect, and heard.

Dr Elizabeth McEntyre is a Worimi and Wonnarua woman whose Country spans Port Stephens, the Great Myall Lakes, the Barrington Tops and the Hunter Valley in NSW. She is a straight-talking advocate and agitator for Aboriginal Communities, and now doing work which she believes has the most impact.

She is a Doctor of Social Work and Criminology, an accredited Mental Health Social Worker, and the Aboriginal Official Visitor of prisons state-wide with the NSW Inspector of Custodial Services. She is also a member of the NSW Mental Health Review Tribunal.

McEntyre tells Compass that Aboriginal Elders can be subjected to abuse, mostly of an emotional and financial nature. 'Humbugging, as it's called, is common. It's that constant asking for money, whether it's to help buy food or tobacco, or to spend elsewhere. Many Elders don't always want to hand over their pension money, but because they have grown up in poverty, and with very little money, they don't want to see their family members experience the same, so they unknowingly feed the beast. If they don't, there's also the risk of stand-over pressure.

'Gambling can be a big issue for people, including Aboriginal Peoples. I am aware of people using their Disability Support Pension to play Keno then asking their elderly parents for money to live on.

'There is also the "circle" - an understanding and expectation that whoever in the group gets paid on a particular day, does all the buying for that day - they are king for the day in the circle, and it can get quite ugly if that is not reciprocated. Whether you are living in a remote community or in the city, money means responsibilities and obligations. If Elders are pressured, they rarely seek help, especially in a small town, where they all know one another and worry about confidentiality, and shame. They won't ring a helpline and talk to a stranger, or even talk to professionals in Aboriginal Medical Services unless they know someone there, so the implications for finding out how significant Elder Abuse is in Aboriginal Communities are significant.

It's important to support Aboriginal Elders and Communities to understand and recognise what they may be experiencing, including things and that they would not be able to name

'It's important to support Aboriginal Elders and Communities to understand and recognise what they may be experiencing, including things and that they would not be able to name - they would possibly not know what is meant by coercive control for example, although they might be experiencing it often.’

For McEntyre, the systemic and psychosocial stressors that make Elders and families vulnerable and can lead to abuse are not just professional, they are personal.

'The research I've collaborated on with Aboriginal Communities regarding disability within families, there have been Elders, particularly women, caring for adult children with disabilities. As both mother and carer, they are not concerned about their own mental health and wellbeing, but worry deeply about who is going to care for their child when they are no longer here.

'My mother is 85, and for many years she has been caring for one of her adult children who has a treatment resistant mental health disorder. She cared for them full time until they went to live in the psychiatric hospital, and now cares for them when they visit her from the hospital, and stay for a few days.

There are risks with having them at her home alone, but she takes them anyway, refusing to see the risks such as them absconding, the physical and emotional abuse, and coercion to buy tobacco, although the latter is not happening as much now. She uses her own money to purchase food and clothing for them when they stay, even though fees are paid to the hospital for their accommodation, food etc, and they receive a weekly allowance to purchase personal items and additional food if they want. There have been numerous times when Mum has travelled the 140km round trip to pick up and return them to hospital, and this was regularly expected by the hospital for visits to happen.'

McEntyre says that there are transforming signs in true partnerships like the one between the University of NSW and the Dharriwaa Elders Group (DEG) in Walgett. Full members are Aboriginal People over 60 who live in the Community. 'Through the cultural authority of Elders who determine the needs of the Aboriginal Community, there has been real dialogue, listening and actions related to young people, police, and water, food and energy security for the entire Walgett community. No academic or student can be a collaborator with the partnership unless they participate in an induction session with Aboriginal People selected by the DEG prior to going to Walgett and meeting with the Elders’.

The DEG will publish a report on supporting Aboriginal People to Age Well based on interviews and focus groups with Elders. 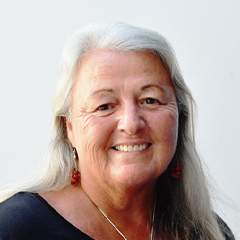 Dr Elizabeth McEntyre is a Worimi and Wonnarua woman through bloodlines and her Country spans Port Stephens, the Great Myall Lakes, the Barrington Tops, and the Hunter Valley in NSW.

Elizabeth has an extensive background of experience through her roles in both Government and the Aboriginal Community-led sectors providing a broad range of programs and services with Aboriginal peoples and communities including primary health, social and emotional wellbeing, criminal justice, disability, research, small business and strengthening Aboriginal families.

Elizabeth is a Doctor of Social Work (and Criminology), is an accredited Mental Health Social Worker, the Aboriginal Official Visitor of prisons state-wide with the NSW Inspector of Custodial Services, and a member of the NSW Mental Health Review Tribunal conducting civil and forensic hearings. 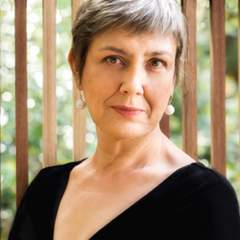 Caroline Baum is an accomplished journalist, former broadcaster, high-requested moderator, curator and photographer. Caroline is the author of ONLY, a Singular Memoir about her relationship with her parents, whom she became a carer for in their old age.